Discover features of all our plans

All our handsets are on great value 24 month contracts.

Roll your unused data over to the next month.

Cap your monthly spend to an amount that works for you. 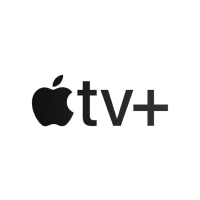 Watch original shows & movies on the Apple TV app with a one year Apple TV+ subscription when you purchase this phone.

The offer will be immediately available in the Apple TV app on your new phone as long as it’s running the latest iOS version. You may be asked to sign in with your Apple ID.

Only one offer per family. You can share your one year of free Apple TV+ with up to five other family members through iCloud Family Sharing. Offer must be claimed in the Apple TV app within three months after first setting up your new device. To see the offer appear, you will need to sign in with your Apple ID on your new device. If you’ve purchased your new device before the launch of Apple TV+ on November 1, 2019, you will get three months to redeem your one year of free AppleTV+, starting November 1, 2019. Upon claiming the offer, you commit to a £4.99 monthly subscription that starts after the one-year free trial. Plan automatically renews until cancelled. You can cancel at any time in Settings at least a day before each renewal date. If you cancel before the end of the one-year free trial, you and your family members will immediately lose access to Apple TV+ and the remainder of your one-year free trial. You can’t reactivate this trial.